I've internalized the All Cops Are Bastards (ACAB) meme/idea/motto for some time.

Rodney King was a starting point way back in 1991, but I was still very...white in my outlook. I wasn't on the side of the cops but I was still on the fence about the protests and rioting afterwards.

My awareness of police violence against blacks and people of color just kept growing. I would say that since 2001 I have not trusted authority much.

Tamir Rice, Michael Brown, Eric Garner, Breonna Taylor, and George Floyd are just the latest in a long line of Black people killed by the police.

The protests of the last few weeks just brought it home to almost everyone. Even to my kids.

My spouse wanted me to be aware of my rhetoric and language around the kids. Mostly to let them come up with their own thoughts on it without me injecting to much of my dislike of the police. We do talk about this with them but I am much more strident than my spouse.

My spouse said that she knows that I am willing to judge people on what they do and generally not make a generalization for an entire class of people. They made me want to think about my thoughts about police.

Several days ago, just a few days after I did my bit of self-reflection, someone created some images that capture my framing almost perfectly.

how I have been explaining ACAB to white family members 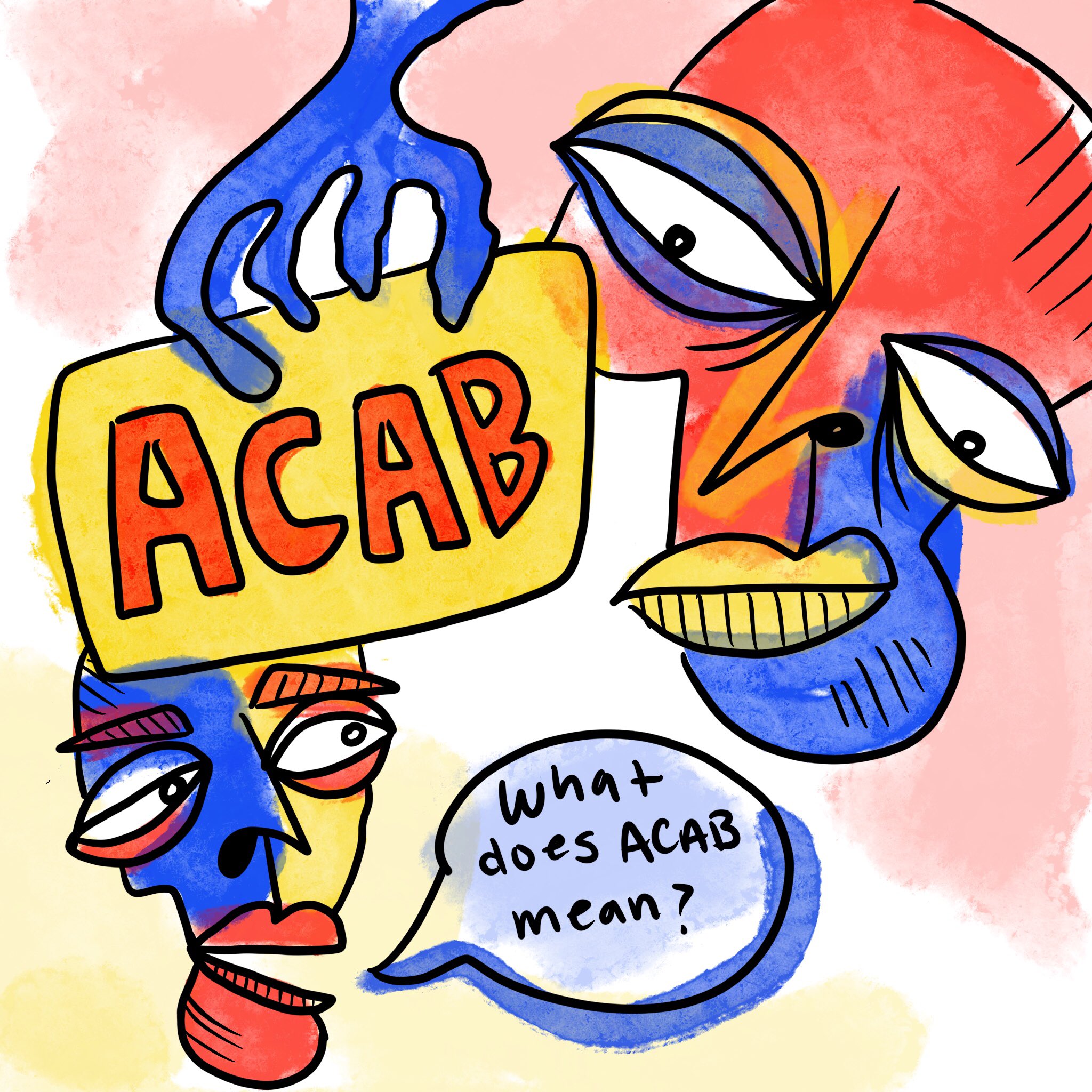 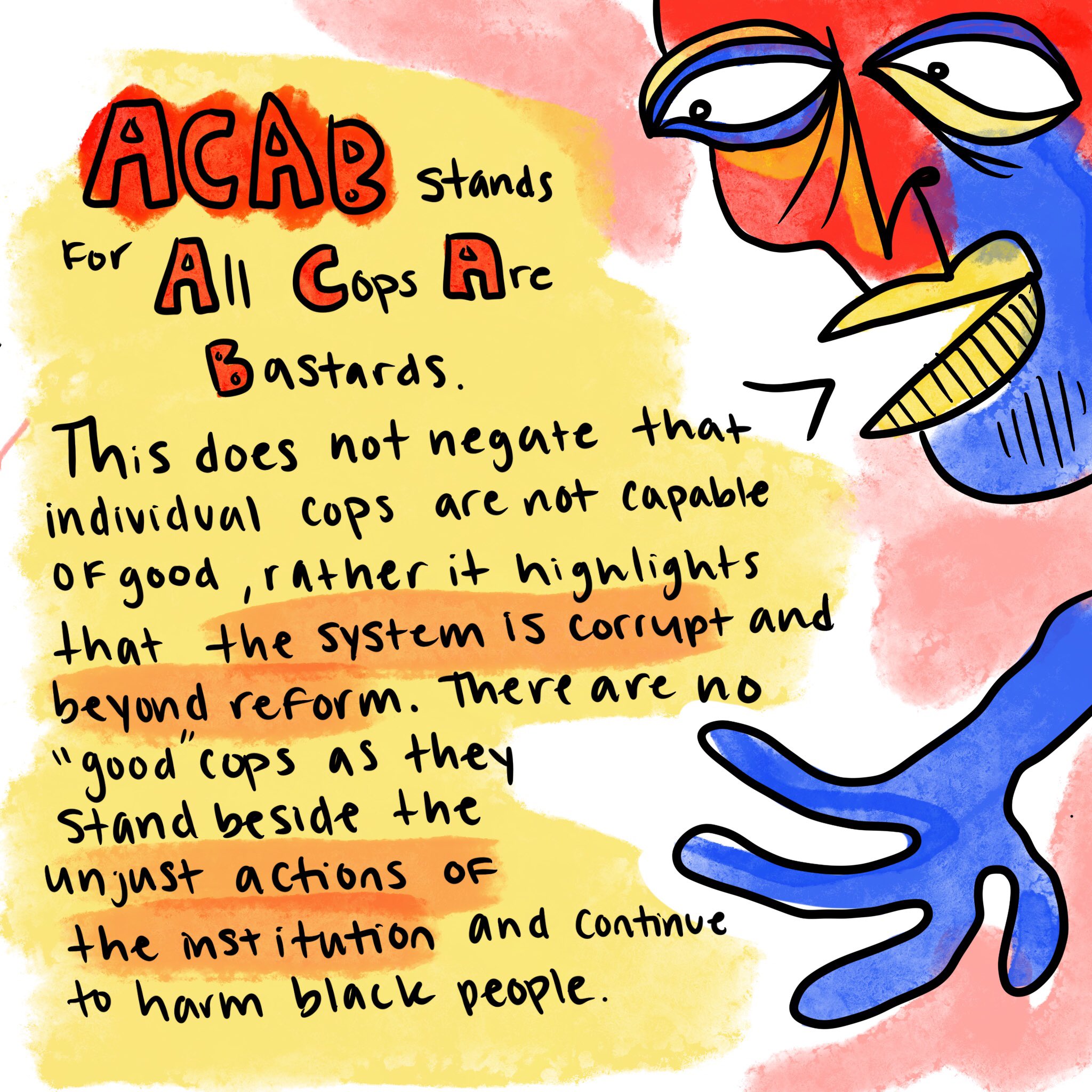 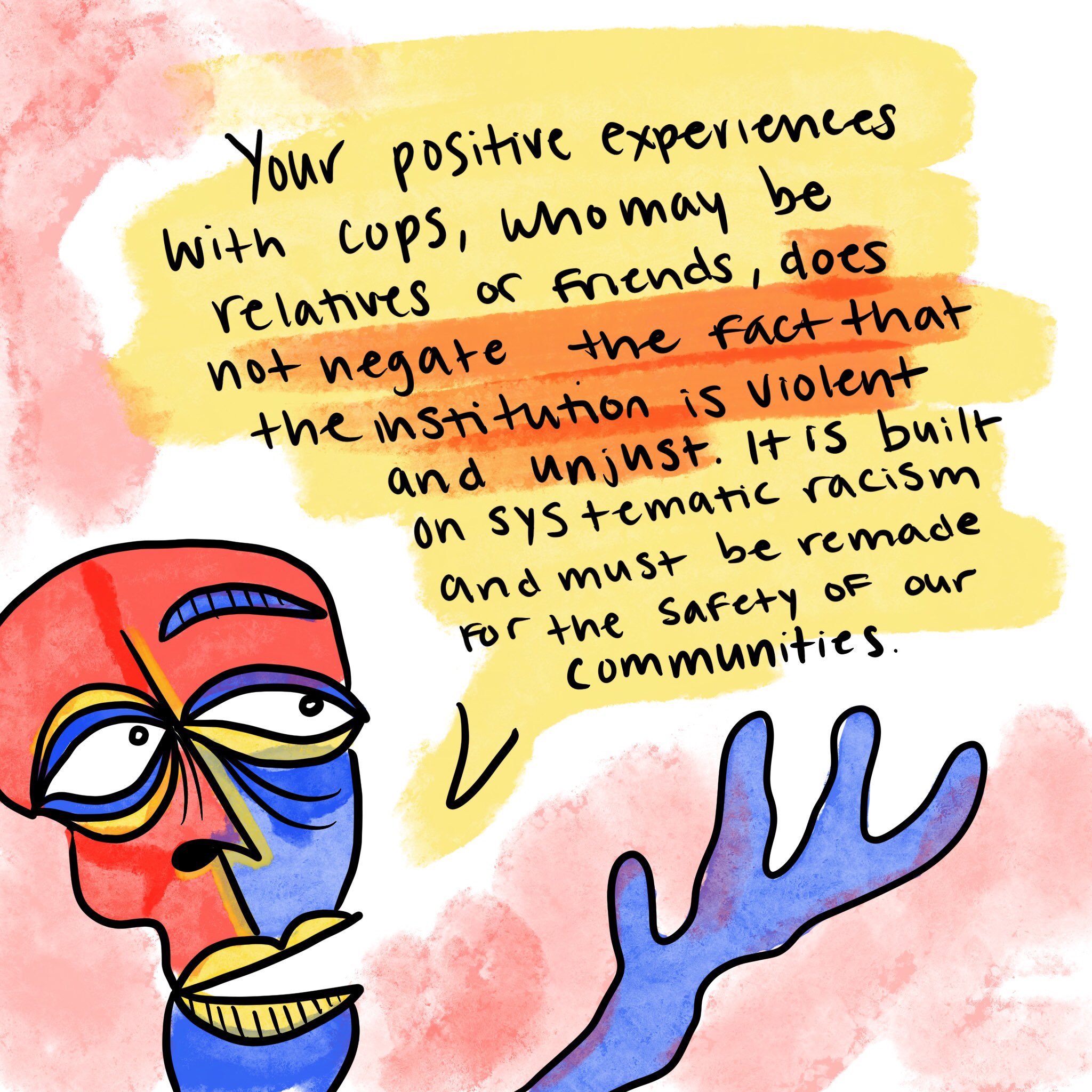